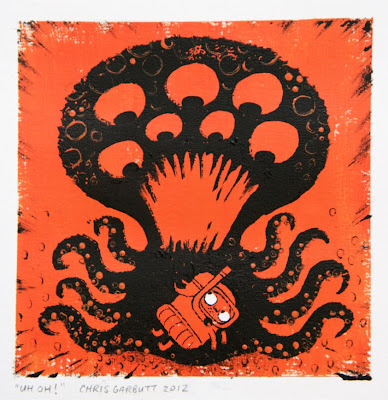 Happy 2012! Apologies for the massive gap in posting towards the end of last year. I was up to my beard finishing off a couple of short films for the Cartoon Network, doing some writing on the second season of Ben Bocquelet's fantastic show, the Amazing World of Gumball, as well as wading through a pile of lovely freelancing work thanks to my wonderful agents at Arena!
On top of all that I've also been massively busy packing and getting ready to leave behind the golden paved streets of London and relocate to the sun-shiny boulevards of LA. From late February myself and Rikke will be starting work at Dreamworks in Burbank as Story Artists. Sad to leave behind all the great people I know in London, but really looking forward to getting stuck into a new challenge and seeing what LA and the US has to offer!
In the meantime we've been on a bit of a holiday over New Year. Above is a lino-print/mixed media piece I did while staying with our delightfully retarded friends Bagga and Emily in Australia. And below is a sneak peek of some projects I've been working on that will hopefully surface some time in 2012. Keep your retinas peeled! 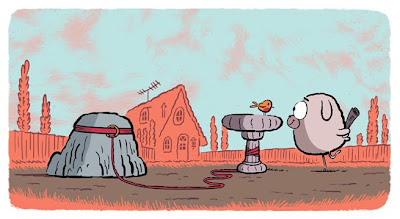 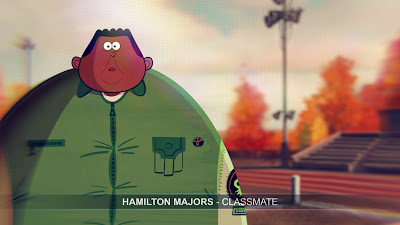 JOURNEY TO THE CENTRE OF MY BRAIN! 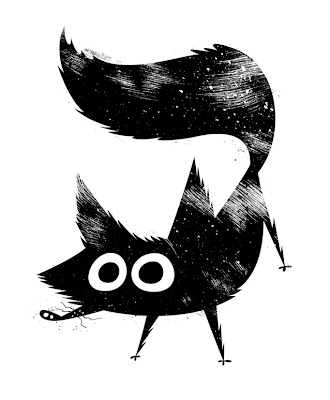 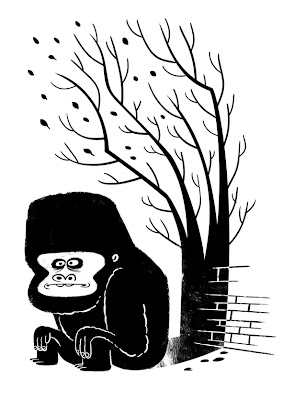 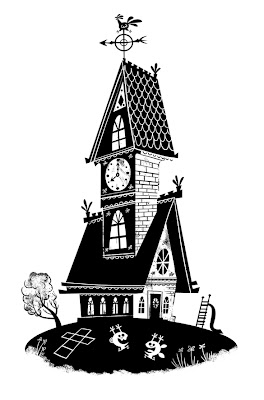 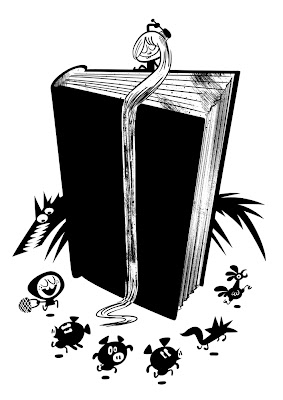 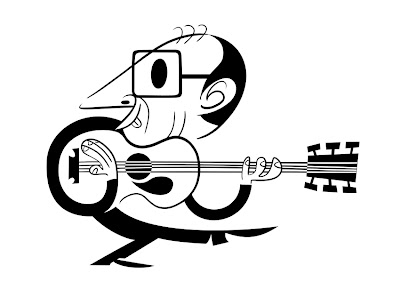 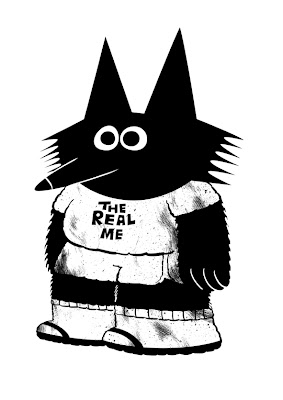 Here's a selection of black and white illustrations I did last year for the inside of James Carter's poetry book, Journey to the Centre of My Brain.
Posted by Chris Garbutt at 6:45 PM 9 comments: